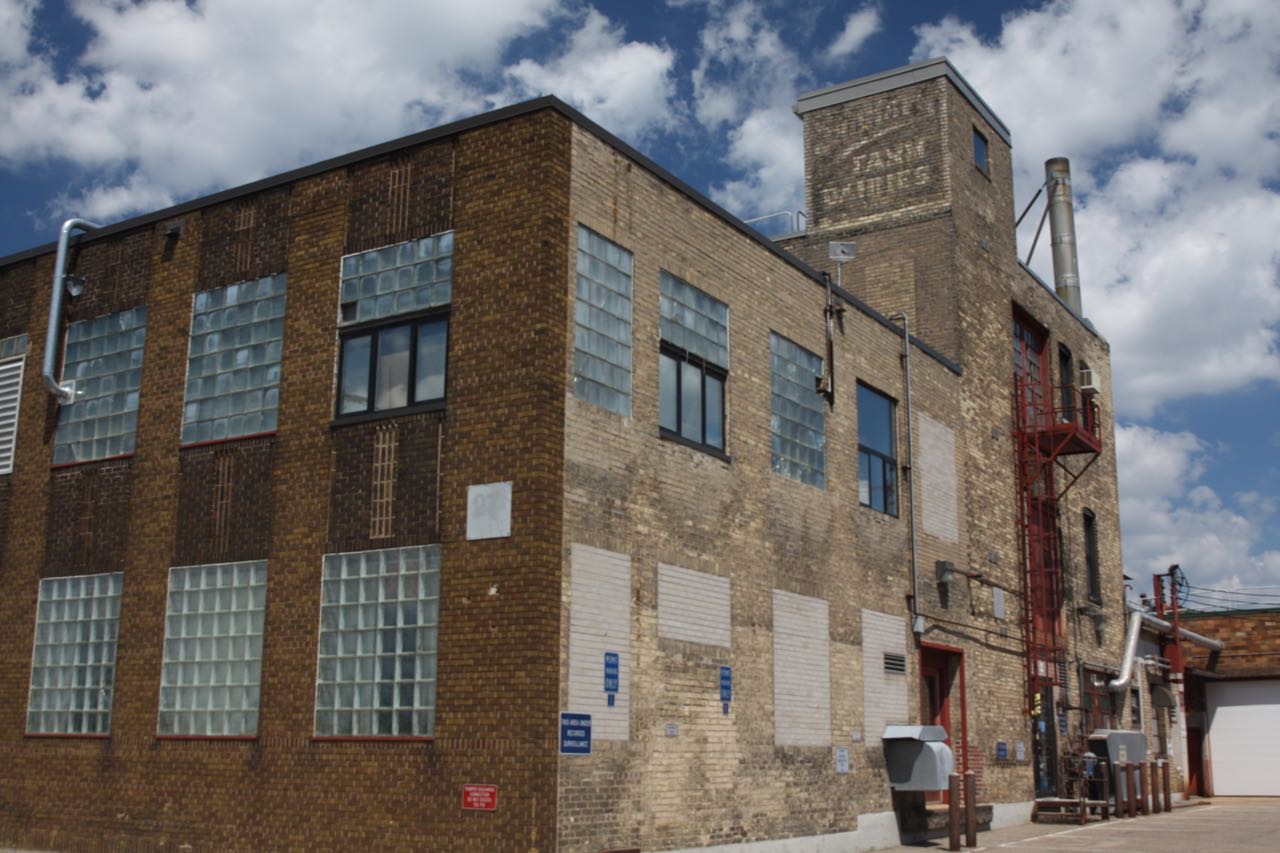 It was a delightful start to National Night Out, mostly sunny with the temperature in the mid-80s. However, uncertainty hung in the air, literally, in the form of menacing grey storm clouds to the north and west of Saint Paul. If the threat of storms put a damper on National Night Out celebrations, I saw no hints.

The block party at Edmund and Syndicate in Hamline-Midway drew a lively assortment of neighbors of all ages. Co-organizers Shawna Klatt and Kristin Howatt told me this is the first time there’s been a National Night Out block party in their neighborhood. As Kristin, Shawna and I conversed, Kristin seemed to realize they threw a really successful block party, “You know what? I think this is an awesome kickoff party. I think we’re going to do this every year now!”

“We just share with everybody – it’s a total traditional pot luck.”

Kristin went on to tell me about the food. “We brought the hamburgers and hot dogs, Shawna brought a bunch of salads and she got a bunch of all those chips and drinks and then everybody else brought a dish to share. We all did it together!”

As we finished the interview, Kristin and Shawna kindly offered me dinner. However, a light drizzle began to fall so I finished picture taking, jumped on my bike and made a bee line home. As you likely remember, the rains came in earnest shortly before 8, when I was a couple of miles from home. By the time I got there I was soaked head-to-toe but was much more disappointed what the weather had done to all the block parties.

Click on the link to see the National Night Out route: http://www.mapmyride.com/workout/348612891